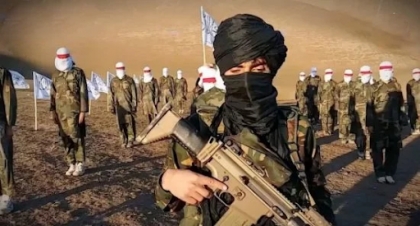 Daily Comment
The People We’re Leaving Behind in Afghanistan
Young Afghans defied the Taliban and signed on to reconstruction efforts, only to learn that U.S. and NATO forces would be abruptly withdrawn.
By Steve Coll
June 29, 2021
A generation of Afghans sought to build a revived society and forged careers that would have been unimaginable during the years of Taliban rule.Photograph by Haroon Sabawoon / Anadolu Agency / Getty

Steve Coll, a staff writer, is the dean of the Graduate School of Journalism at Columbia University. His latest book is “Directorate S: The C.I.A. and America’s Secret Wars in Afghanistan and Pakistan.”
More:AfghanistanTalibanKabulJoe BidenNATO

نیویورکر
This comment was minimized by the moderator on the site

This comment was minimized by the moderator on the site